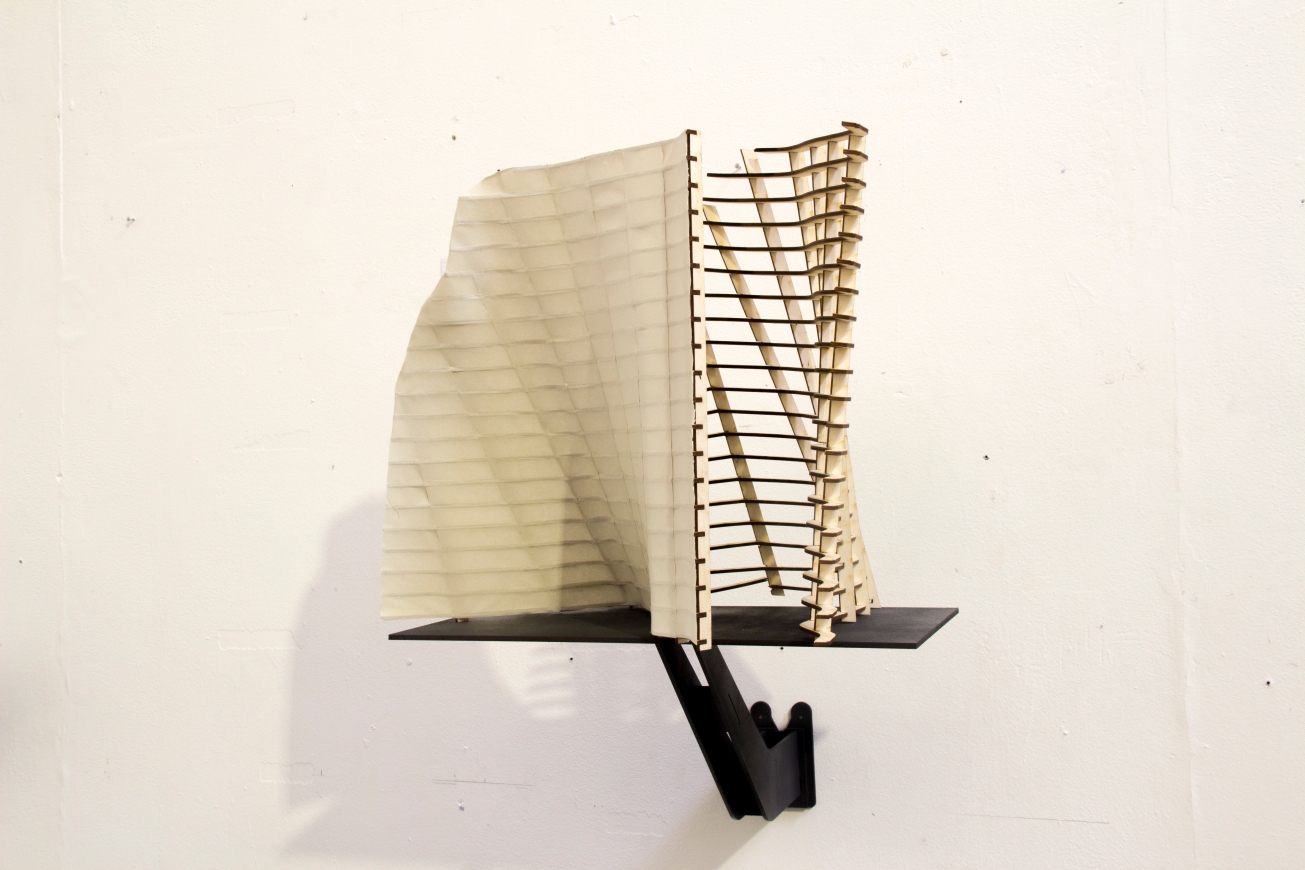 This is a small and unique CAD program that connects Xbox controller to construct a ruled surfaces.

When the horizontal bar enters the red cube it starts to generate shapes, and the user intuitively moves the rod with the game controller to create a shape.

https://youtu.be/xUPmIbyUa_Y
This idea of drawing surfaces using a game controller questions on the conventional method of describing and drawing shapes. Could a geometry be described and notated with a command and a score instead of mathematical quantities such as an angle and dimension? The project instead uses a ‘musical score’ or a ‘ guitar hero’ looking like notation to describe the geometry, darker the lines the fullness of the trigger i.e. faster moment of the linear wire. 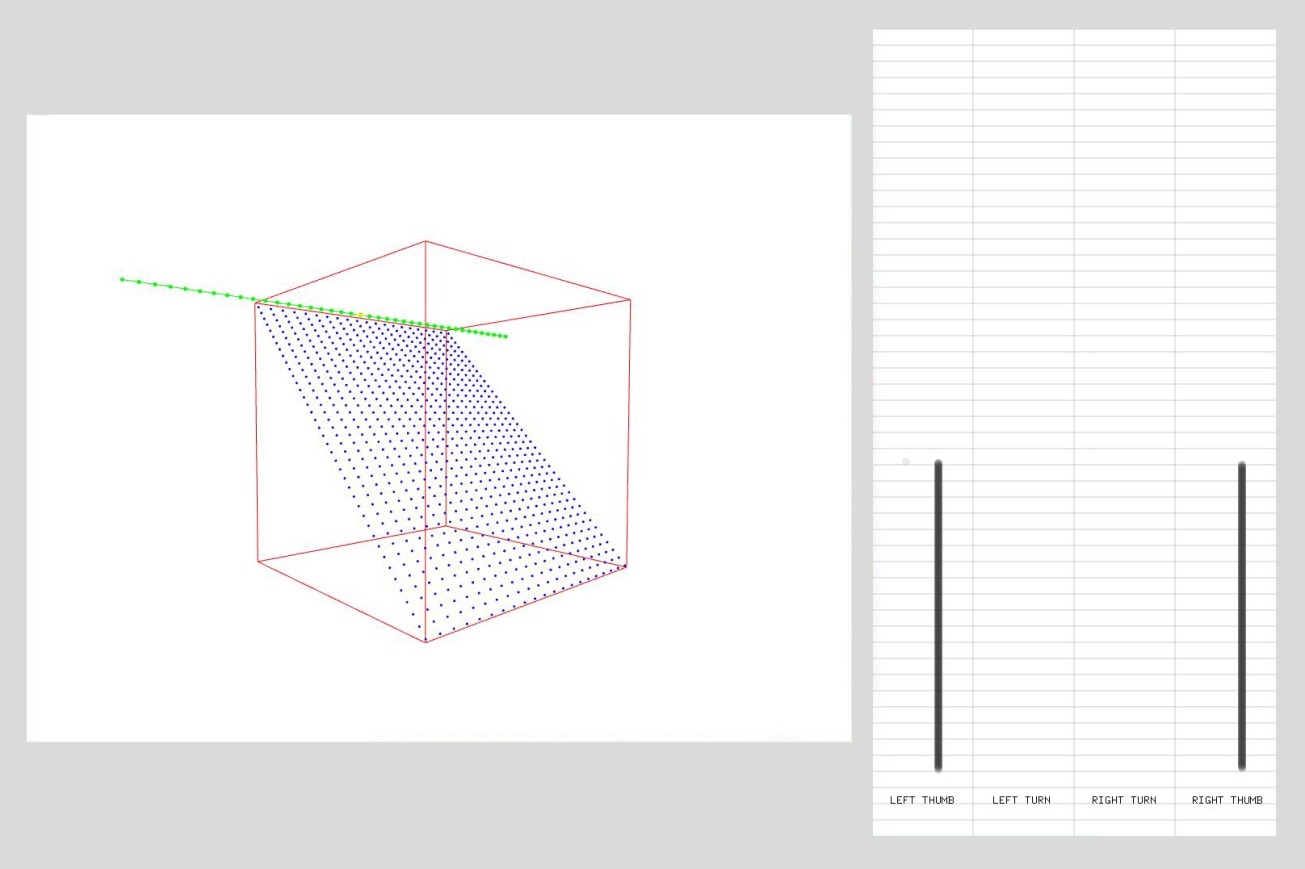 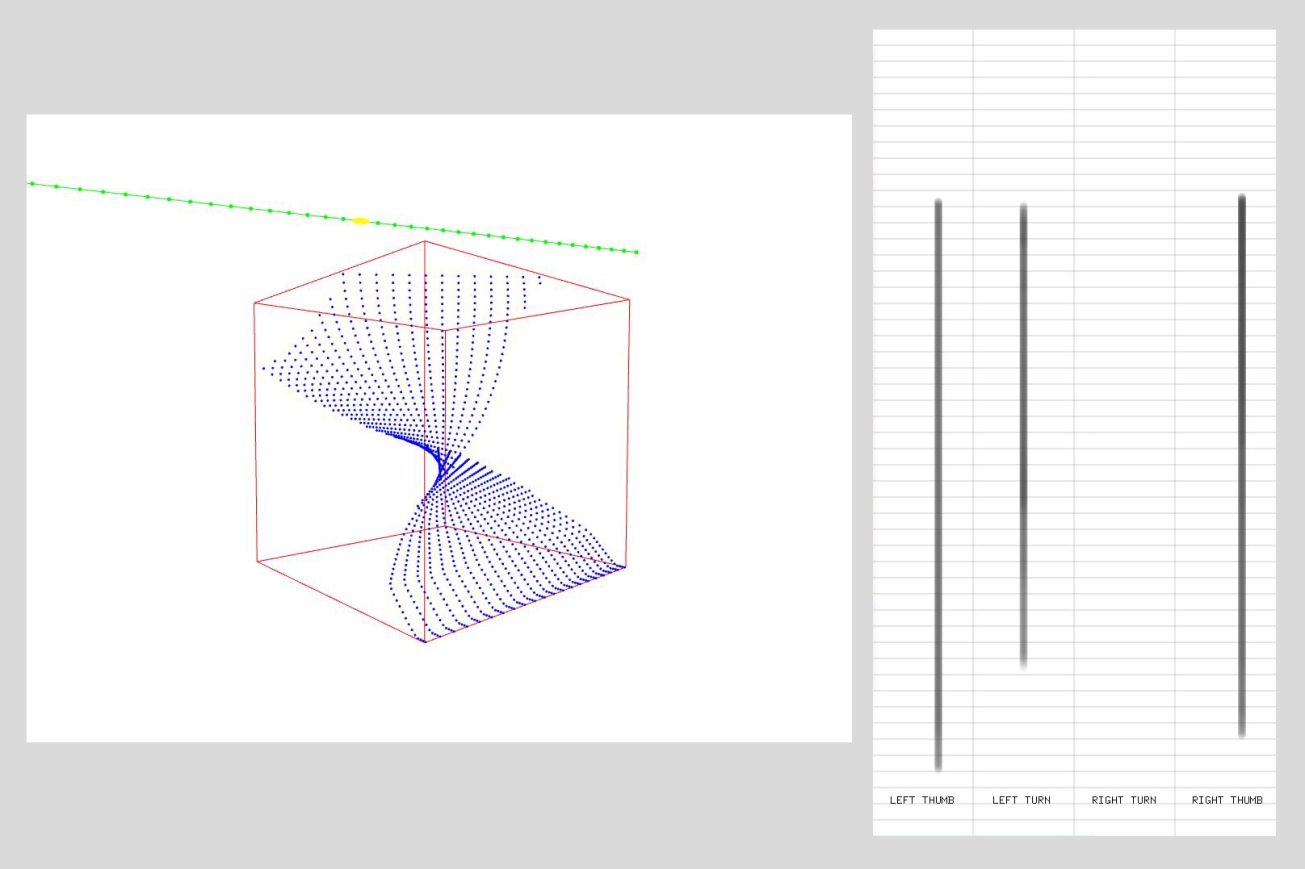 If I was to recreate the geometry, I would reference the notation that is created rather than measuring the dimensions of already created geometry.

Every time the reset button is pressed, the program saves the point cloud of the surface as .ply file which could be imported into Rhino for further production.

Important Point is that these surfaces are not constructed with automated function of CAD software, but with the author’s intuition and therefore the method isn’t fully digital nor analogue but sits some where in between.

Physical representation of the point cloud

Score of the surface