This Door only opens when you smile at it. Exploring the relationship between emotional expression and cognitive computing.

The ‘smiling door’ began with curiosity on how the internal space could reflect on the mood of its users, and this door was proposed as a one of its experiment. Built as a statement, focus of this project is to provide the audience an experience of what it feels like to have your emotions read and controlled by the computer. 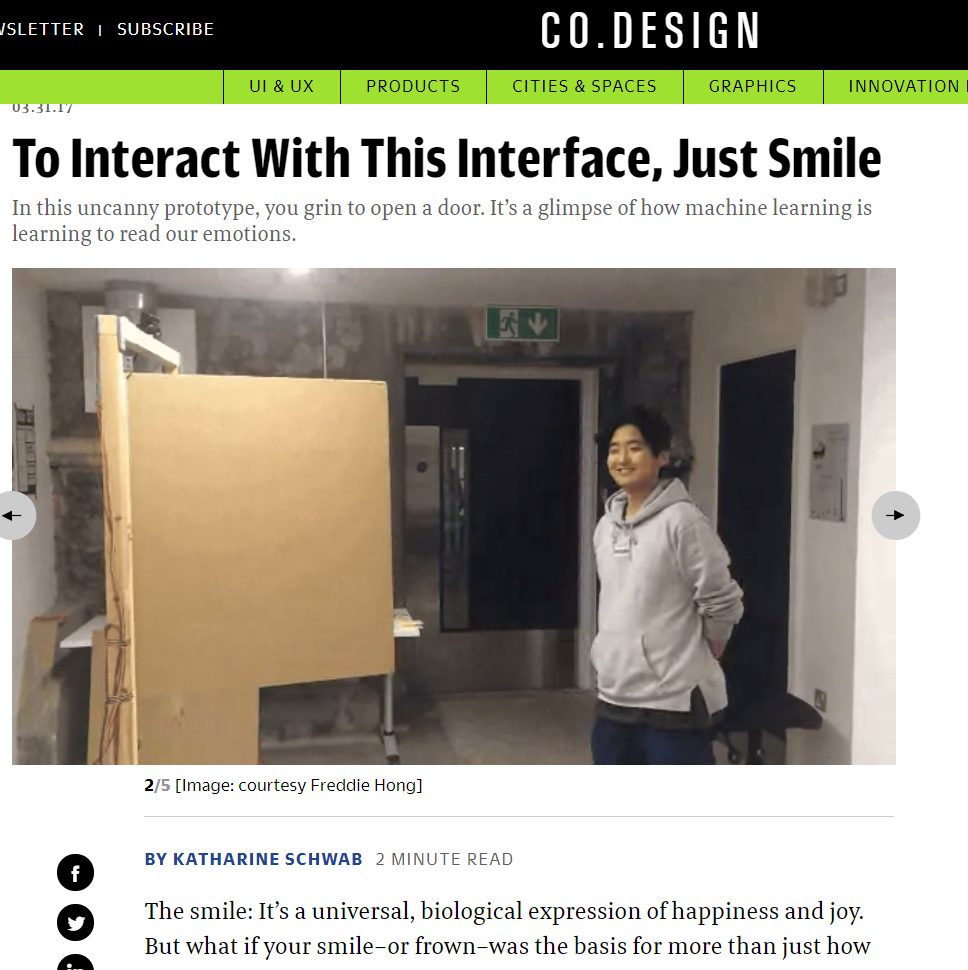 While developing the project and testing out the door, I have noticed that being forced to smile made some users uncomfortable. But instead of tweaking the interface to make the smile more like a “button” that users could smile once to push the door open. I actually lengthened the time it took for the door to open and the user had to stay smiling until the door was fully opened.

The project uses machine learning (Wekinator), FaceOsc to read the faces and all of them are connected to each other using OpenFrameworks/C++ and Arduino. The system analyses the facial expression of the participants, decides whether there is a smile or not and if smile is detected it opens the door.