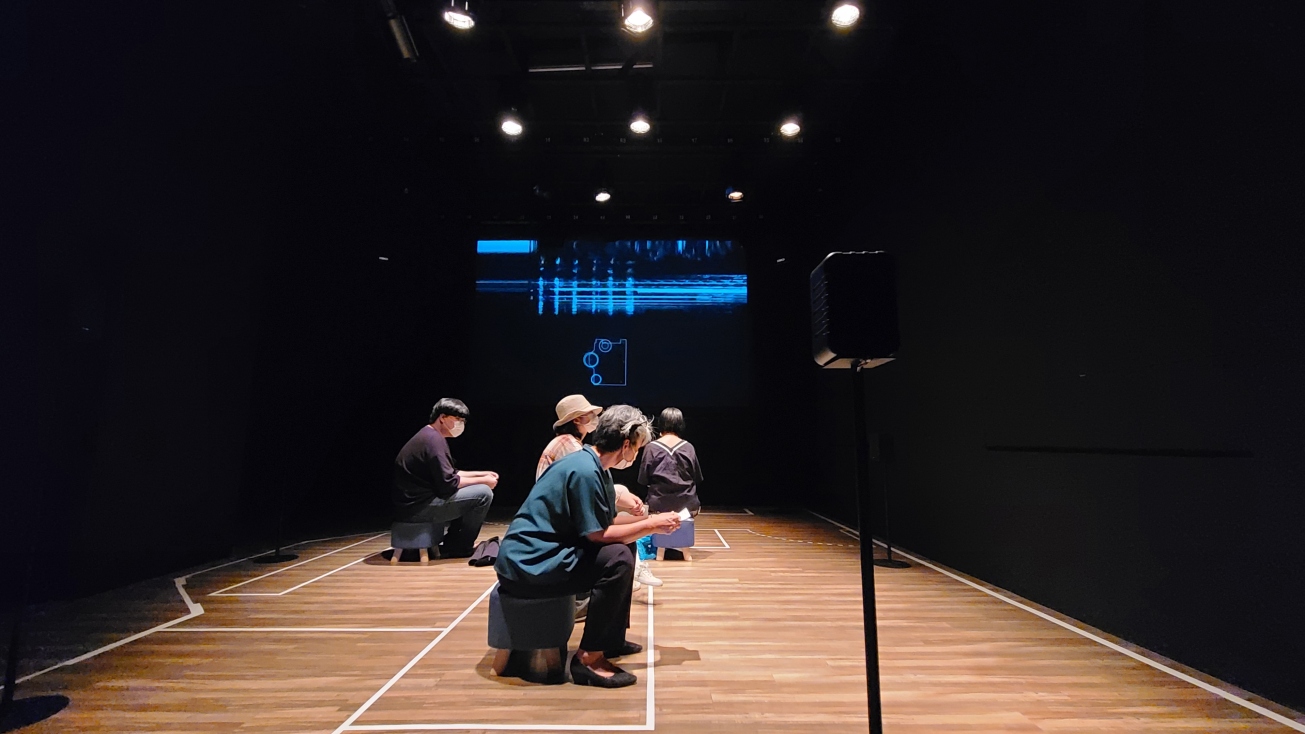 ‘Bonner Road’ is a soundscape installation and a spatial music performance exploring the translation of acoustic environment from one location to the other.

Initially, when the Sinchon theatre invited the violinist Sue In Kang and me to create a performance on architecture and sound, we did not anticipate that there was going to be a pandemic. By the end of May, we had to postpone our original proposal and create a new installation that can overcome the physical barrier that has now formed between the UK and Korea.

Inspired by the restricted freedom of the movement caused by the pandemic, Bonner Road was conceptualised with questions on what would be the most physical forms of telepresence. We understood that the sound, which is caused by the vibration of the particles, is the only form of physical energy that can be delivered via network.

Inside the Sinchon theatre, we installed 6 loudspeakers which correspond to the exact XYZ coordinates of where the sounds were recorded in our studio at Bonner road. As the audiences walk around the marked floor plan, they could experience the acoustic environment of the Bonner road and visualise the movement of the players by following the location of the sounds in space. At the end of each show, we had a videocall with the audiences at the theatre where they got to see the actual interior of the studio.